Ettela’at series, executed between 2008 and the present day, maps the artist’s complex reconciliation of a bifurcated life between tumultuous Iran and New York City during the same period. The title of the show derives from the Arabic word for “information,” which has entered the Farsi vernacular in part due to the eponymous Tehran newspaper which remains in print and was (until the revolution) the first free daily press organization in Iran and indeed the Middle East. Much of the show’s source imagery is culled from the front pages of international newspapers and photographs which the artist reinterprets in grand scale with charged, visceral brushwork. Having witnessed Iranian political turmoil first-hand during 2009, and the unfolding of the so-called Arab Spring from the perspective of a global citizen, Akhavan selects each image for the essential emotional qualities they reflect within his own psyche. Frustration, courage, camaraderie, loss, hope and ultimately victory are all represented and parsed exclusively via the formal language of painting. 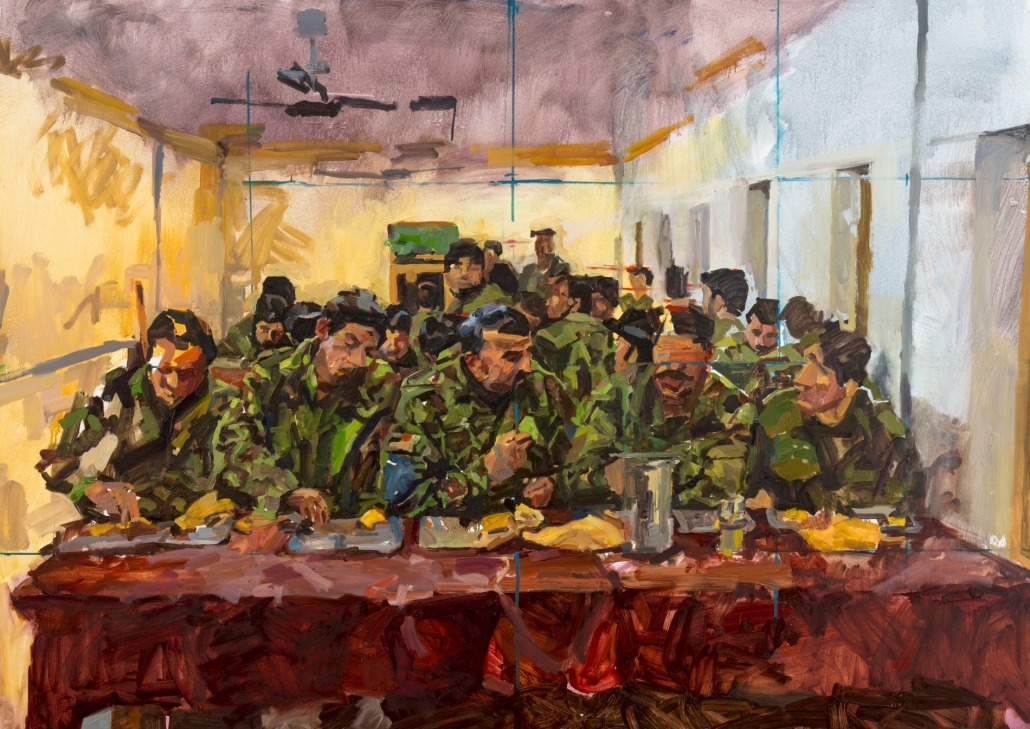 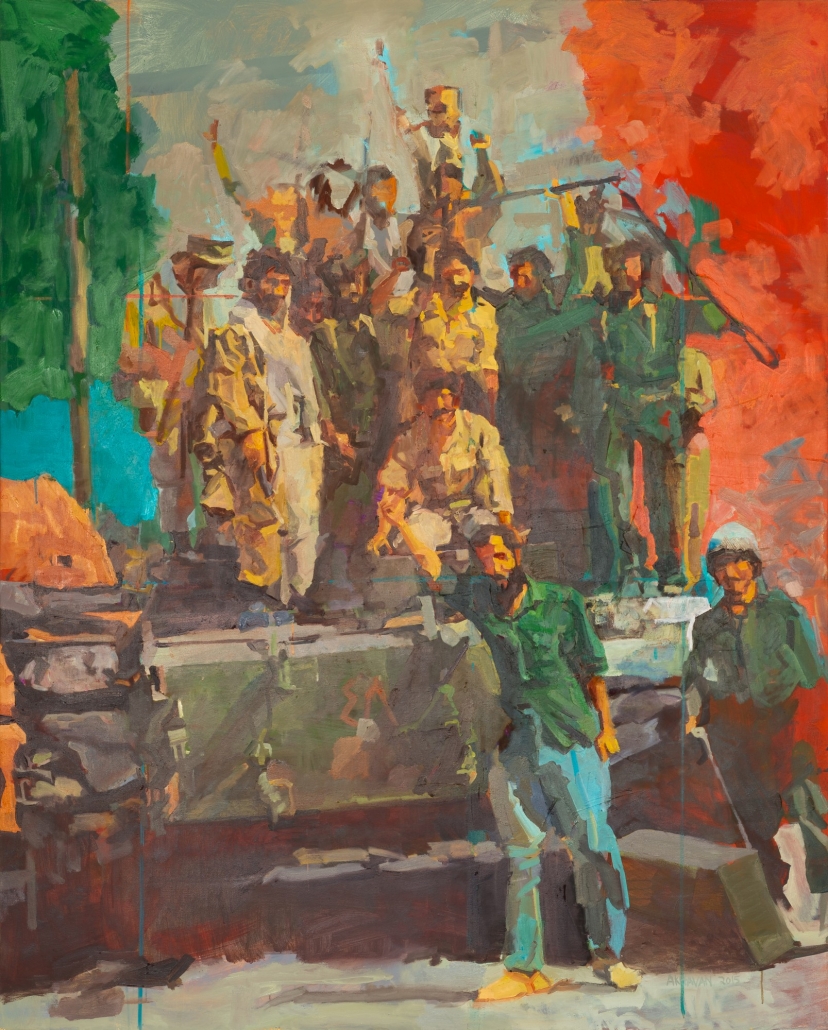 Akhavan’s unique style derives from the formal Western tradition, and demonstrates the profound influence of Renaissance and 20th century masters alike. An emphasis on painterly quality unites the frenetic energy of Abstract Expressionism with archetypes of group portraiture and the pieta militaire, and signifies the arrival of a new international vocabulary—one fundamentally rooted in the purity of painting as a discipline and as a means of expression.

Akhavan’s renderings oscillate between figuration and abstraction but maintain a sense of intentional ambiguity, even as they address themes of social unrest, conflict and the ubiquitous plight of the citizen/warrior in the modern Middle East. By applying his distinctive approach to press photographs, the artist exposes the fundamental shortcomings of images which are in fact too crystalline to capture the nuances of ancient conflicts. In this series, there are no clear heroes, villains or victors—only a deep and abiding sense of knowledge, kinship and empathy for all that has come to pass. Because nothing is truly certain, it is the dialogue, the difficult, arching conversation between the artist and himself, carried out through the act of painting, that becomes Akhavan’s therapy. The roughly twenty canvases in this show, ranging in size from 36” by 42” to monumentally scaled 12’ by 18’ works, are the record of this dialogue which is itself more significant (and vastly more enduring) than any single statement. Here there are no opinions, only Etella’at.

this is a test